Role of BIM in modular construction.

The technology allows modeling any construction objects: buildings, railways, bridges, tunnels, ports, etc. The similarity of BIM technology and 3D modeling lies in performing work in three-dimensional space, but the distinctive feature of BIM is the link between the model and the database and the ability to manage this information. Also, the information model includes not only the lines and texture of the building materials but also technological and economic data. The BIM model takes into account the physical characteristics of the object, options for placement in space, and the cost of each building element.

The history of BIM modeling dates back to the 1970s. The phrase “building information model” in its current meaning was first mentioned in the article “Modeling multiple views on buildings” by G. A. van Nederwin and F. P. Tolman. The use of this term in wider circles began only in 2002, and this became the starting point for denoting the digital representation of the construction process. Among the first BIM programs were Sonata, Reflex, ArchiCAD applications, but today the global building information modeling market is represented by such companies as Autodesk, Bentley Systems, Dassault Systemes, AECOM, Asite Solutions, Beck Technology, Nemetschek, Pentagon Solutions, Trimble Navigation, Synchro Software.

Every year the whole world undergoes significant changes which are also reflected in the construction industry. The creation of facilities that are being built using modular technology is attracting more and more interest due to their maximum efficiency, accessibility, comfort, environmental friendliness and economy.

It is not known who was the first and how exactly he came up with the idea of modular buildings. The first version says that modular construction technology was developed for the military in order to despite the absence of construction education and to save time, they could build temporary housing anywhere in the world. After the successful implementation of the idea in the army, this technology gradually began to be implemented in civilian facilities.

The second version is more common. It follows from it that the Chilean architect Felipe Assadi was the first to build mobile buildings without a foundation. His first project was a frame house built on the shores of the Pacific Ocean. It took 45 days to make the building elements, while delivery and assembly took less than 10 hours.

It is worth noting that the technology of modular construction began its development within the framework of civil construction in the USSR, but there were not exactly the type and features that have been achieved now.

Interaction of BIM and modular construction

Today, modular construction is very popular due to a number of advantages, such as the high speed of construction of facilities, versatility of structures, the ability to quickly dismantle and transport the facility, and low construction costs.

BIM is the key not only to the unification of block modules and the possibility of their cheaper transportation, and fast and reliable docking during installation but also to the optimization of planning solutions, management of the logistics process, installation and operation of buildings using a 3D model.

BIM technology has the potential to improve many of the fundamental benefits of modular designs by improving accuracy, efficiency and productivity. 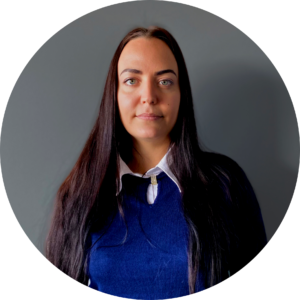